The Island of Misfit Toys

Felicia Day’s brainchild, The Guild, is an impishly funny web series filled with the zany antics of a misfit group of gamers focused not only on scoring enough gold in an afternoon raid but also on getting a Friday night date. The show is narrated by Day’s character, Cyd Sherman, known in-game as “Codex.” In neurotic, stream-of-consciousness musings, Codex pours her heart and soul into her vlog, talking about her social anxiety, her stalled career, and her defunct love life. Day comes off as a likable, witty girl and even non-gamers will relate to her struggles. 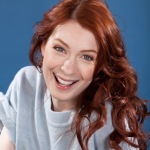 Felicia Day: The Birthplace of Geekboners (and I mean that in the nicest way possible.)

Codex is joined by a laughably self-important guild-leader, a hyper-active romantic, a couple of self-conscious teenagers and a ditzy mother. The combined group find themselves in sticky situations ranging from RPG feuds to family bonding. With cameos by actors like Wil Wheaton and Nathan Fillion, the show is full of excitement.

Wil Wheaton. “Oooo, I’m so bitter about being famous TV star Wesley Crusher in my youth. Maybe this facial hair will remind people that I’m rugged.”

Aired as a series of short webisodes, the show is now available on Netflix. It’s a cleverly written fun-fest that I would recommend to gamers, geeks, outcasts and people who like funny shit; however, at its core this show is a heartfelt (albeit goofy) look at learning to live a well-balanced life. Plus, they make fun of steampunk and internet memes. LOLs abound.

Recommended for: Fans of Dr. Horrible’s Sing Along Blog (Joss Whedon has cited The Guild as a big influence.)